This project is an interactive communication system, that shows visitors the function of fluids. We wanted to visualise the force of the wind with different shapes, as they occur in aviation and racing cars. 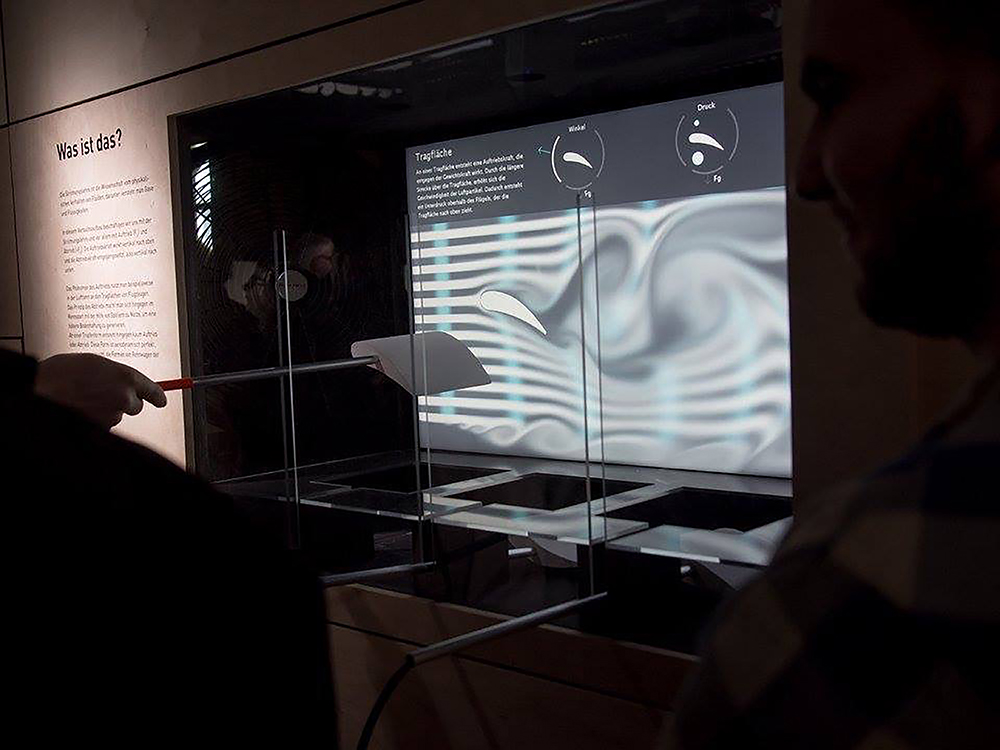 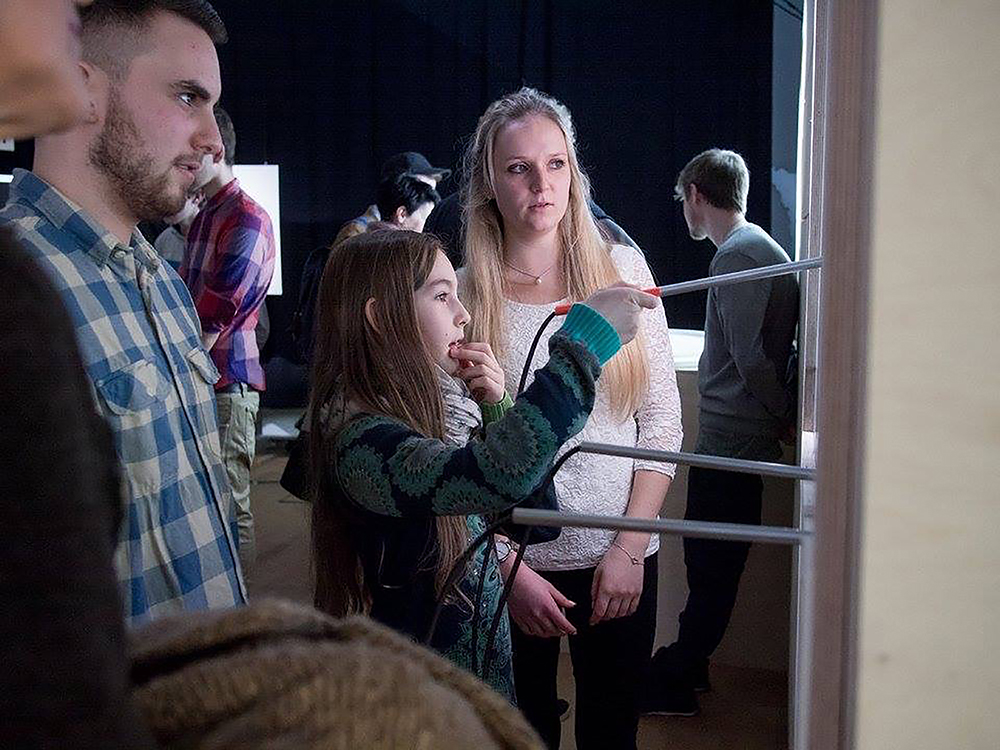 We decided to take three main shapes. A wing, a spoiler and a geometric drop. The wing shape should simulate the lift of an airplane, the spoiler the forces of the wind in a racing car and the geometric drop shape should show how the wind moves around something. Inside the moulds there is a motion sensor which measures the angle of the mould. Inside the construction on the upper side there is an infrared sensor which measures the distance to the respective form. This data is transferred to the screen in real time, whereupon the virtual wing shape moves. The simulation of the wind as well as small animations in the top right corner show the function and the forces of the wind to simulate lift or downforce. 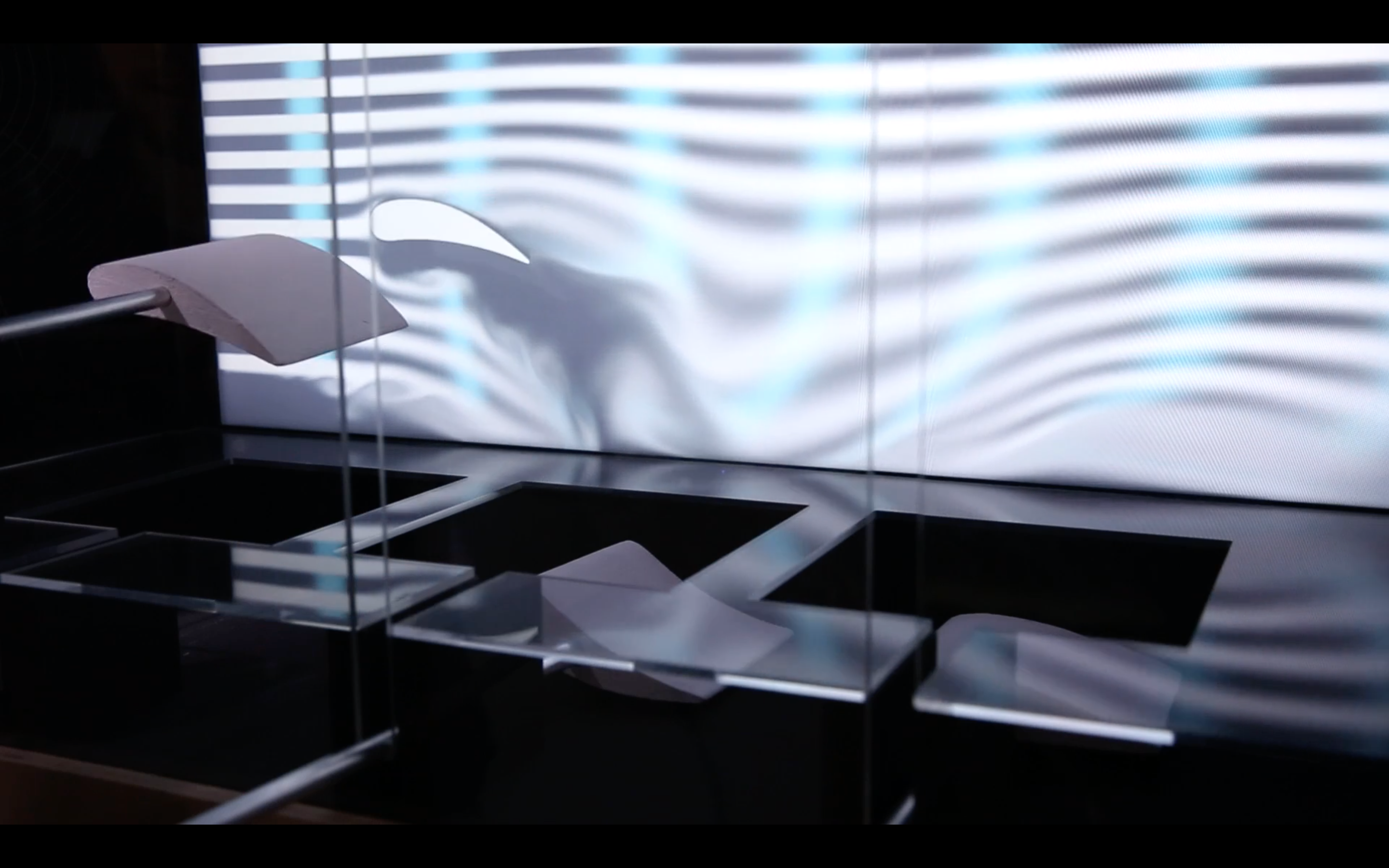 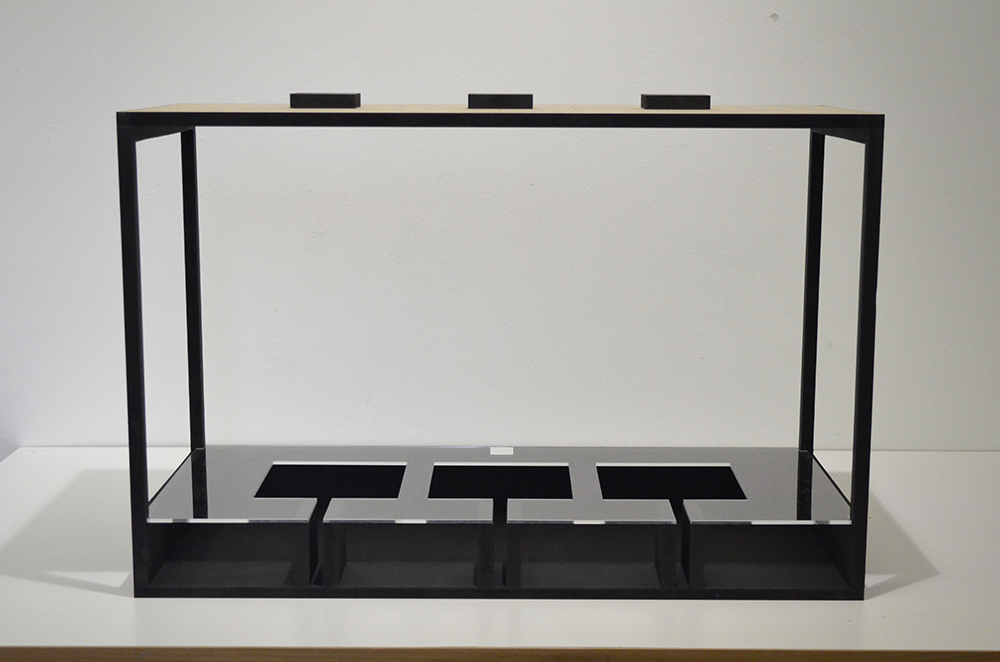 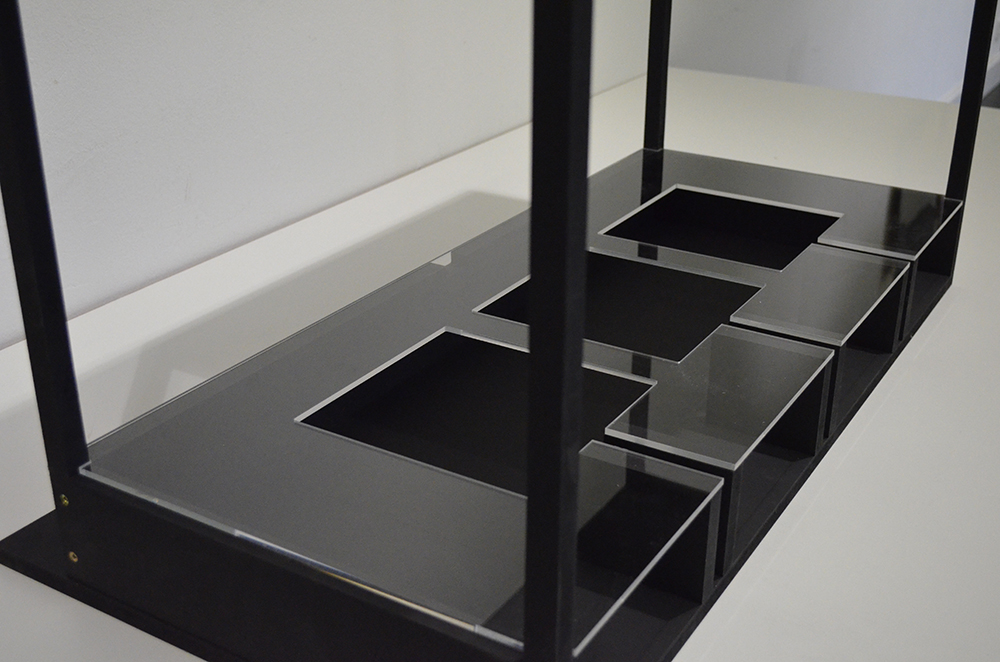 The structure of the interactive exhibit is on a shelf. The optimally cut box consists of wooden struts that have been painted black. A Plexiglas pane separates the moulds from the screen and a sawn out slot ensures optimum guidance of the moulds for the user. We solved the simulation of the wind with a fan that blows the wind from the left. This wind direction is also visible on the screen. The front construction protects the screen and the shapes, which the user only has to move with a rod along the slot. Another Plexiglas pane separates the visitor from the contents of the construction. 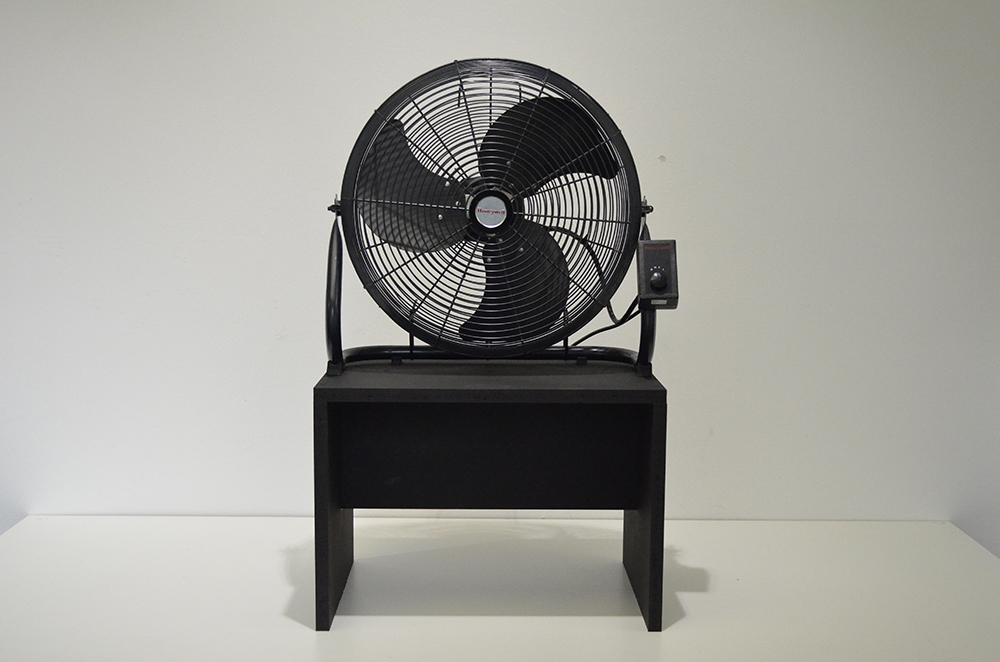 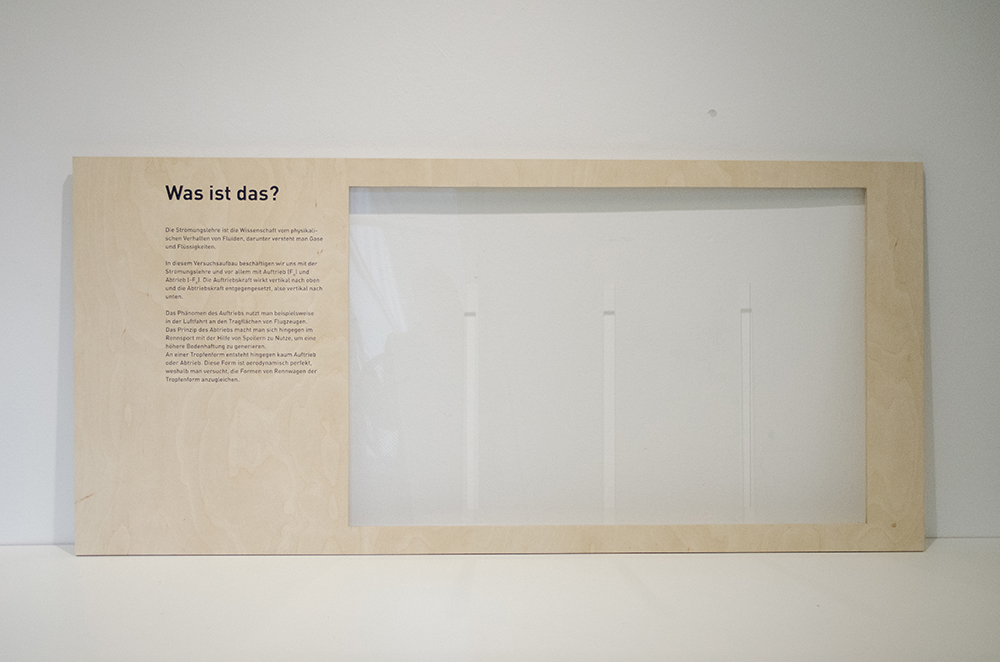